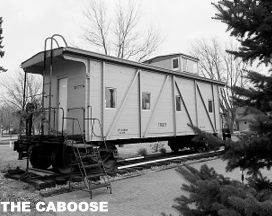 The city of Sanborn developed from a small village of hardworking folks amid the sights and sounds of coal engines. It was the Milwaukee Railroad that gave Sanborn its original identity as a prosperous place to live and work.

The first settlers in Sanborn were Mr. and Mrs. William H. Dummett in 1871. The Dummett name still can be found among the present-day residents of which there are about 1400.

The first railroad came in 1878, and the little village was born, populated mostly by railroad workers and their families. Sanborn, a division point for the railroad, was named after George W. Sanborn, who was the first superintendent of the Iowa and Dakota division of the Milwaukee Railroad, at that time called the McGregor and Missouri Railway.

The town was located on 60 acres of land owned by J. A. Stocum, a real estate man, and John Lawler, a railroad official from Chicago.

During the first 20 years of its existence, the town experienced rapid growth, due mostly to the aid it received from the people of nearby Primghar. Primghar residents helped to build the town’s first 40 buildings, both businesses and houses.

An interesting note in the history of Sanborn is the town’s relationship with Primghar, the O’Brien county seat. Sanborn was incorporated in 1880. During that time there was much debate over where the county seat should lie. Some young men of Sanborn rallied together to stage a raid of the Primghar courthouse on Nov. 23, 1882. Despite confrontation from the Primghar townspeople, the group succeeded in holding the county records for one day by removing the files in the middle of the night and taking them back to Sanborn by horse and buggy. The next day the dispute was settled and all records were returned to Primghar. The people then established a friendly relationship between the two towns.

It could be said that the railroad even helped develop the growth of churches in Sanborn. In the beginning, residents took turns housing church in their homes. When attendance grew, they used the train depot waiting room. When the first schoolhouse was built in 1880, that building was used for a church. That school was replaced by a brick building in 1896, and later was replaced in 1939.

The first brick library was built in 1911. Before that, businesses of Sanborn took turns keeping the books in their stores. An opera house was built in 1905 and remained active until 1941.

A tornado and fire destroyed many businesses along Main Street in 1914, but the people had the strength to pull together and to continue to prosper.

With the advancement of the railroad from coal to steam to diesel, Sanborn eventually had no need for its 18-stall roundhouse, dispatching office, coal slide, and the many other facets of the railroad industry upon witch the community had built its livelihood. The last passenger train ran from Sanborn to Sheldon in 1960.

Sanborn has more to be proud of than its early history, however. The town’s favorite son, Wiley Mayne, went on to serve three terms in Congress (1968-74). Former Iowa Rep. Fred Grandy of “Loveboat” fame got his political start serving on Mayne’s staff. Sanborn continues to celebrate is heritage each summer by holding Railroad Days, a community festival.